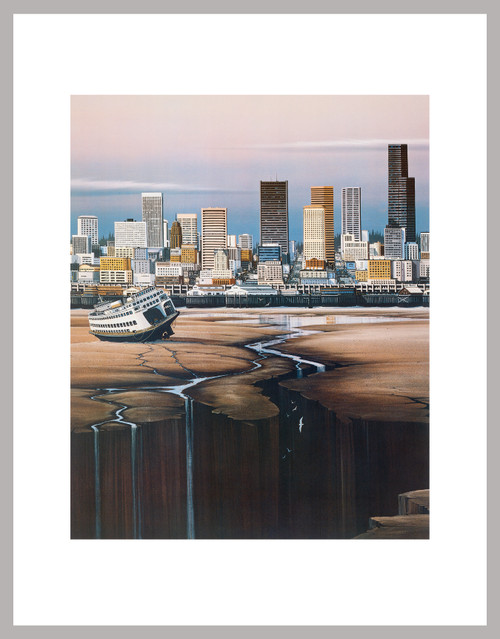 In the early '80's there were several things going on in the Puget Sound region that sparked the imagination of a local surrealistic artist. The Coast Guard was working on a survey of the bottom of Puget Sound, and it was reported that there were several spots where the bottom could not be found. One of our Washington State Ferries ran aground due to the Captain (reportedly) going off the regular route to show a female friend her home from the water. And the skyline had recently exploded with new hi-rise buildings (easily verifyied). This painting was created when these things came together in Tim's imagination.

This is a small open edition print on paper, signed not numbered.
This painting was done in 1986 and all of the Prints sold out that year.
There are no Limited Edition Prints available now.

"Out Of Order" Mini Print